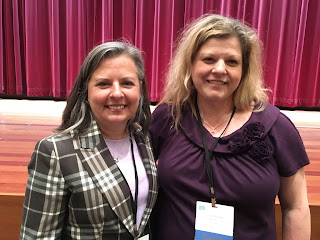 The TLA Honor Award was established in 1976 to recognize any person or group who has made a significant contribution to the furtherance of librarianship on a statewide or national level.

Susan was nominated for the award based on her "twelve years of enthusiastic service to the Tennessee Library Association during which she went above and beyond by serving two consecutive terms as President to cover an additional year in which the position was left vacant due to the resignation of her first Vice President Elect." 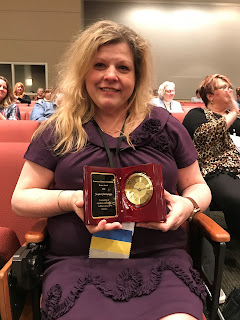 The nomination letter continues, "Susan has been an avid supporter of libraries and crossed state lines to support the TLA and libraries in Tennessee. She has consistently lobbied for the importance of the recognition of the members of our organization plus the need to get and act upon their input. She has sought to find a place in our organization for a wide variety of people and their libraries so that we can all benefit from the diversity of each other’s knowledge and shared experiences. She served for two years on the membership committee during which TLA benefited from her creativity in encouraging the renewal and joining of our organization. Her leadership as a TLA President has led the organization from information gathering to action, streamlined board meetings, and she has constantly striven to engage and improve the organization."

Congratulations Susan! We are proud of you!