All the King's Men by Robert Penn Warren

Intrigued by the ethics and motivations of modern politicos? Then Robert Penn Warren's Pulitzer Prize winning novel, All the King's Men, is a must read. 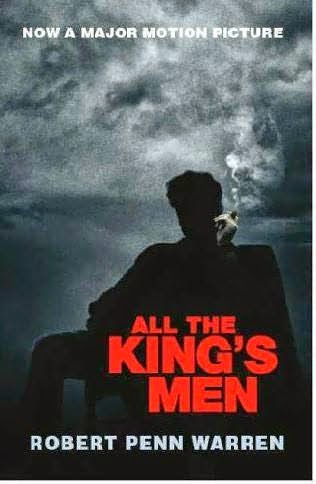 Willie Stark just wanted to build a schoolhouse. As Treasurer, he fought to hire the best guy at the best price for the job, but his sincerity gets him voted out of office by the political machine. Discouraged, Willie returns to work his family farm. Unfortunately, Fate has a vindictive streak. After a tragic accident at the school, lives are lost and the electorate remembers that Willie spoke out against the builder. People start to believe that God is on Willie's side and Willie starts to believe it himself when he's selected to run in the state-wide elections for governor by Tiny Duffy.

Reporter Jack Burden follows him on his political campaign and is a first hand witness to Willie's unraveling when someone clues him into the fact that he is again being used as a pawn in a political game. But this time Willie doesn't go back to his farm. He decides he's going to play the game and he's going to win.
Posted by Kolwyck Library at 8/04/2014 12:00:00 PM