Amy Campbell - The Stars at KLIC: Journey Story of our Staff 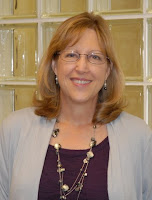 I’ve had a love for both computers and science—all kinds of science!—for as long as I can remember. In high school in Orlando I especially enjoyed my physics class, taught by a woman who ruled her classroom like a dictator but who also brimmed with protective love for her students. That same year I joined a computer club, a somewhat unusual thing for a girl to do in the early ‘70’s, and wrote my first program, a simple bit of code that could solve a physics formula.

By the time I needed to choose a major in college, I had become intrigued with another science, psychobiology, which involves the way the mind is affected by the physical body. (Computer science was not a possible major in those days at my small Kentucky college.) I loved the research and learned a lot from my classes, but upon graduation I got married and needed a job, so I convinced a company in Louisville to hire me as a programmer. By the time I had worked there for two years (often 70-80 hours a week!), I had become a decent programmer, and I continued working as a programmer for 11 more years after my husband and I and our young daughter moved to Chattanooga, my husband’s home town.

After spending 13 years with computers (scary, I know!), the work had become a bit repetitive. The science nerd in me was demanding attention again, so I took a leap and applied to a PhD program in genetics at UT-Oak Ridge. To my surprise, I was accepted and offered a full research scholarship. I just needed some prerequisite courses to get my knowledge updated, which brought me to Chattanooga State as a student in 1990. I enrolled in courses such as Statistics, Anatomy & Physiology, Organic Chemistry, and Physics. I thrived on the challenge and was so impressed with the caring attitude from the instructors here!

Eventually, though, I made the tough decision to turn down the spot that had been waiting for me at UT-Oak Ridge. I had a husband and now two daughters who needed my time more than I needed that degree. Besides, I had found a place where I could indulge my passion for science! So I stayed at Chattanooga State, first as a “supplemental instructor” in statistics (my first teaching job—I was terrified!), then as a part-time instructor in chemistry labs and pharmacy tech labs, and in Spring 1998 I became a regular instructor in physics labs. I also was asked to develop and teach a chemistry and biology course for the Radiation Protection program. I found that guiding students and watching them become enthusiastic about science was extremely rewarding.

And then when I least expected it, computers called me back! In 2010 I left the Physics department and joined Chattanooga State’s Center for Distributed Education (CDE) as an Online Learning Specialist. I really enjoyed learning new computer software and helping students and faculty with eLearn.

In 2013, I moved to the campus library and became the Coordinator of Educational IT Support, a new position that provides tech support for all Chatt State students. I love this job! I get to be an advocate for students and help them with their technology issues, and I learn something new in computer science every day. The best bonus is that I work with the amazing staff in the Kolwyck Library!

I never imagined when I was a student in 1990 that I would still be at Chattanooga State in 2016, but I found a place where I have been able to grow and learn and even help others achieve their dreams. I can’t imagine anything better.