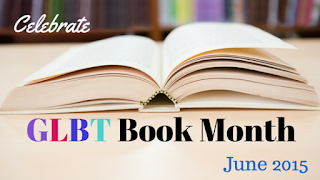 The Lesbian, Gay, Bisexual and Transgender Pride Month is in June. The American Library Association, through its GLBT Roundtable, will mark June as the Gay, Lesbian, Bisexual, Transgender Book Month.

The GLBT book month is a national celebration of authors and of writing that describe the lives within the LGBT community.  GLBT Book month is an initiative of the American Library Association, and is coordinated through its Office for Diversity, Literacy, and Outreach Services and the Gay, Lesbian, Bisexual, and Transgender Round Table.

The American Library Association supports GLBT literature through the Stonewall Book Awards. These awards recognize the very best in literature and a resource to build quality GLBT collections.

Remember Stonewall. Lesbian, Gay, Bisexual and Transgender Pride Month commemorates the events of June 1969 and works to achieve equal justice and equal opportunity for LGBT Americans. In June of 1969, patrons and supporters of the Stonewall Inn in New York City staged an uprising to resist the police harassment and persecution to which LGBT Americans were commonly subjected.