The First Muslim by Lesley Hazleton 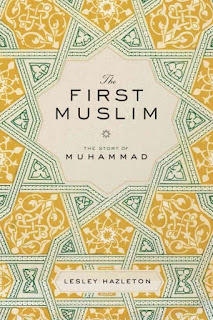 Lesley Hazelton pulls from several historical texts and adds a dash of her own imagination to tell the compelling story of Muhammad’s life. She humanizes the legend by describing his harsh childhood as an orphan and his struggles to become a respected member of Meccan society. As an adult, while meditating on the mountain side, he is visited by an angel who tells him he is to be the messenger of God. He at first fears he's been possessed by a jinn and contemplates throwing himself off the mountain. But with the support of his wife and a few faithful followers, he endeavors to bring Allah’s latest revelation to the people of Mecca. His message isn't accepted readily and he and his followers are banished to Medina. There Mohammad becomes a leader; passing judgements, leading attacks, organizing peaceful protests, and eventually earning the respect of the Meccans. He never wavers in his beliefs and ultimately succeeds in bringing Islam to the world.

Interested in learning more about Mohammad? Check the book out today!