An Abundance of Katherines by John Green 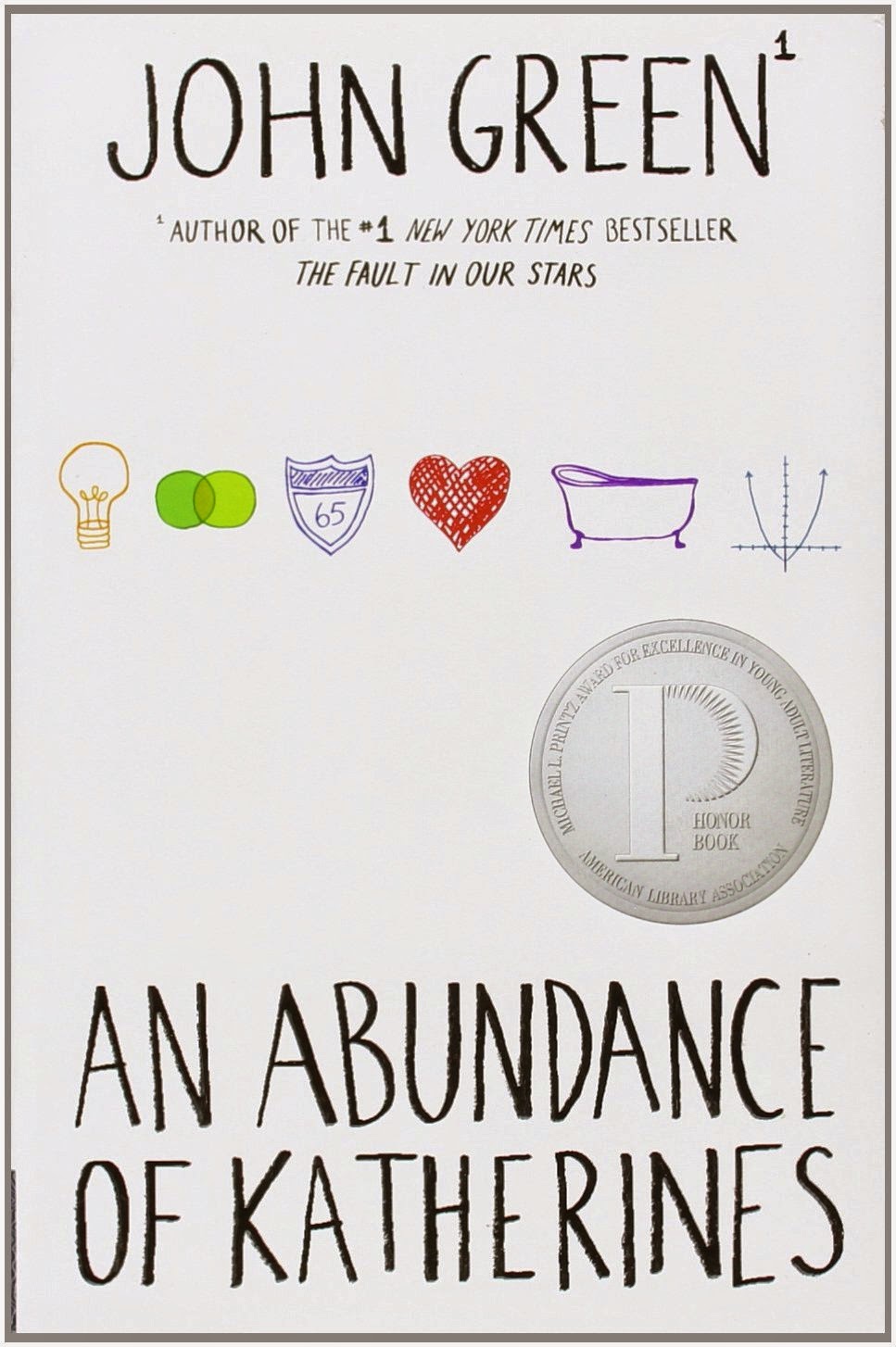 Colin is a genius with a thing for girls named Katherine. Not Kate or Catherine or Katerina. Just K-a-t-h-e-r-i-n-e. But Katherines don't have a thing for Colin. He's dated 19 Katherines in his short life and each and every one of them have dumped him. Recent grad and now a former child prodigy, he's resigned himself to wallowing in regret but his best friend decides a road trip is in order. Colin and Hassan drive until they hit Nashville, TN then they turn West. Before they reach Memphis, Colin sees a sign advertising that the Archduke Ferdinand is buried in the tiny town of Gutshot, TN and they make a detour. There they find a dying Southern town and a girl named Lindsey. They decide to stay and discover that things aren't always as they seem.

Check out John Green's An Abundance of Katherines and his other novels in our Young Adult section!

This book is about Colin Singleton.

Colin Singleton is a P-R-O-D-I-G-Y.He's really brainy,and he loves anagramming,and even though he's not as brainy at maths as he is at anagramming,he's brainier than 95% of people.Also,he remembers the last words of practically every great personality to have lived on this planet and dates girls named Katherine (Not Katrinas or Kathryns or Kathys or Kates - precisely,KATHERINEs).

The presentation of the story is VERY intigruing,with a lot of Math references (don't worry about those,there's a whole appendix at the end that explains them) in the footnotes.

Since this is a review,I can't tell you about the whole story,but i'll tell you something about it : Colin is a dumpee.He's been dumped by 19 Katherines so far.And he is trying to put his fading prodigy-vibe to prove the Theorem Of Underlying Katherine Predictability (that explains the math) and determine whether the guy dumps the girl or the girl dumps the guy and after how long.

Also,Colin's best friend is arab,and though not a prodigy,he is intelligent enough to keep up with his prodigious best friend.i may also add here for verification,that he is not a terrorist.

Also,some people might find that the story drags,but It doesn't,really.It's lightly played with a lot of heavy-duty language plays to make it seem like it is,infact,happening inside the head of an American prodigy.